After having sold his former restaurant venture, North Miami’s Le Pine, Hassib Elzein has departed from his previous establishments fine dining theme to partake in what is now Pita n Shawarma located at 90 Miracle Mile Coral Gables.  Elzein describes the restaurant as a work in simplicity and a healthy alternative.

From the outside, Pita n Shawarma doesn’t jump out at you through bold and gaudy advertising.  The restaurant interior offers a modest dinning area space as well as an order and pick up counter for those just popping in and out.  There is plenty more to look at with photographs of the country Turkey adorning the walls and a television monitor displaying the variety of Mediteranean and Lebanese cuisine that Elzein is more than capable of cooking up.  For Elzein the restaurant has been in the making for many years and he is quick to mention that the Gables has been a location of interest when planning the restaurants opening. He sites a personal moment he had with his wife while living in Toronto twenty years ago-her craving for Lebanese food which at the time did not exist in the city.  Upon he and his family’s arrival here in Miami thirteen years ago he was faced with the same lack of options.  Luckily for us cravers of Falafel and Shawarma Elzein has changed that. 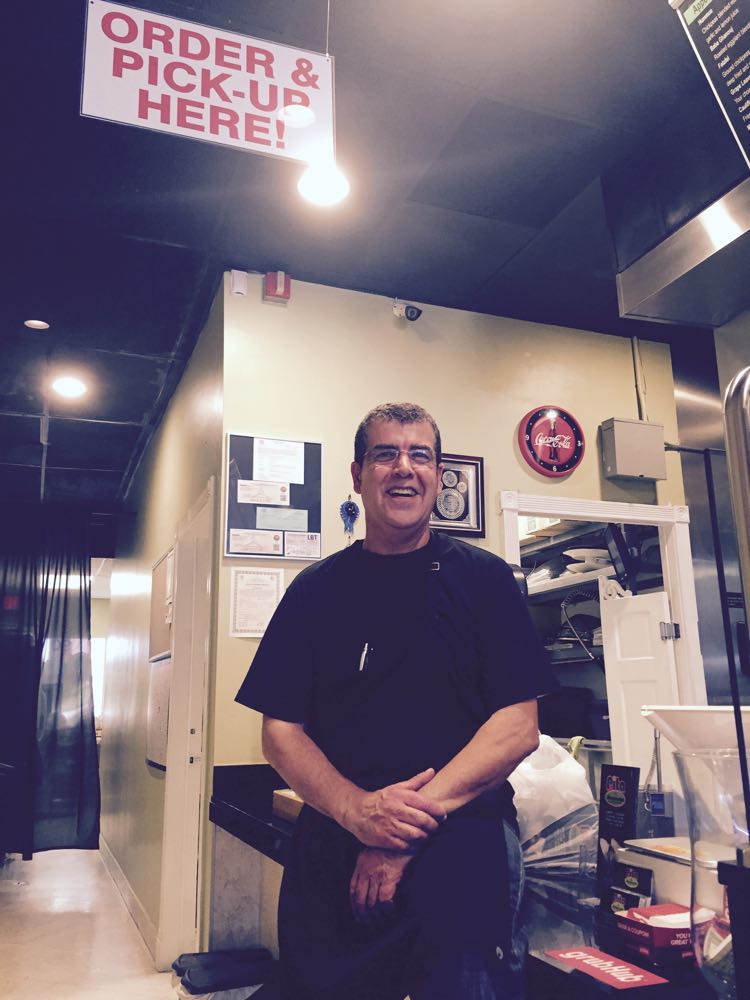 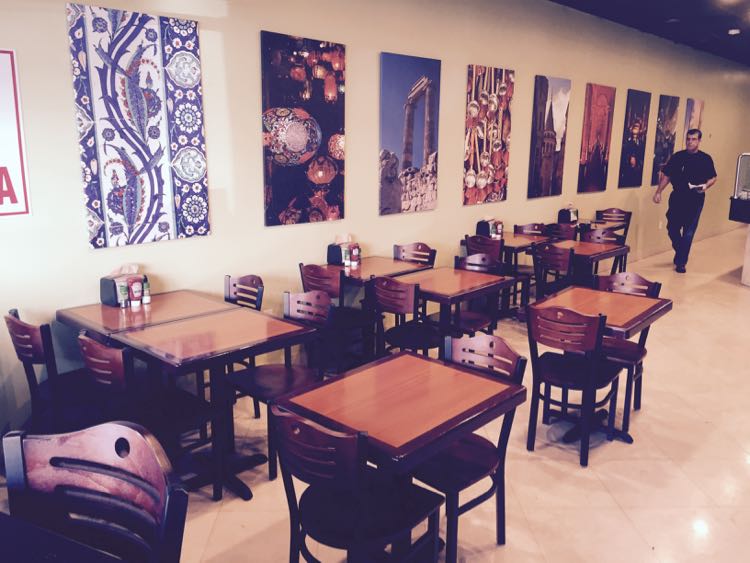 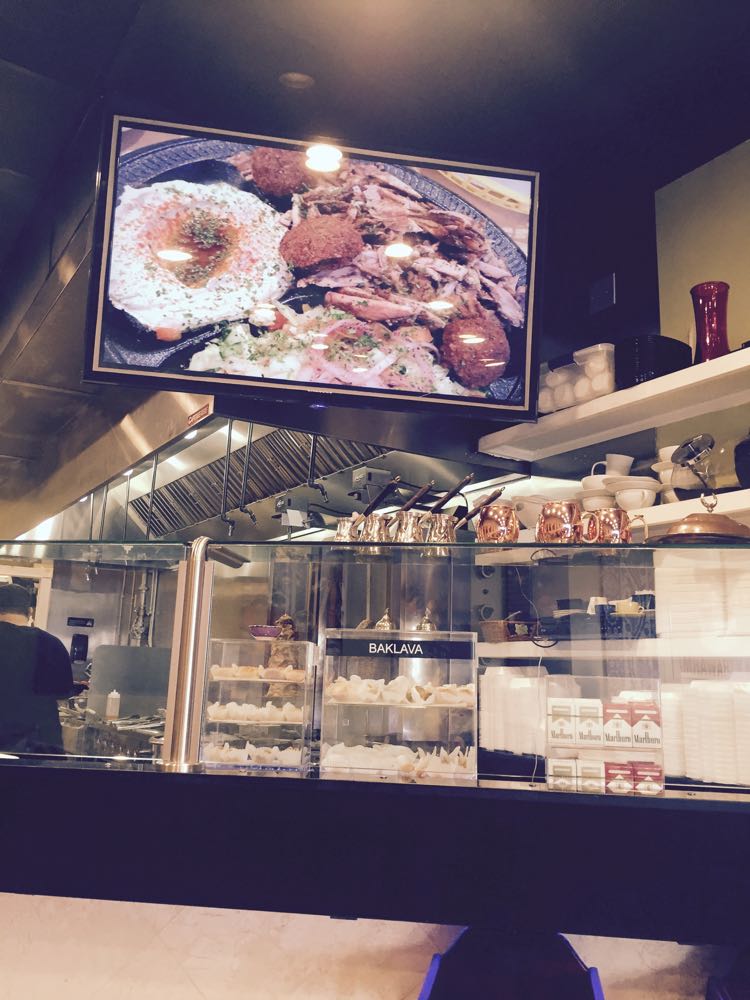 The subtle aroma of both beef and chicken shawarma, wafting through the restaurant, causes one’s attention to look behind the counter to the vertical spits where the food is roasting.  Trays of vegetables ranging from turnips, salad, tomato along with hummus and Baba Ghanouj set the stage for a smorgasbord of Lebanese hospitality. 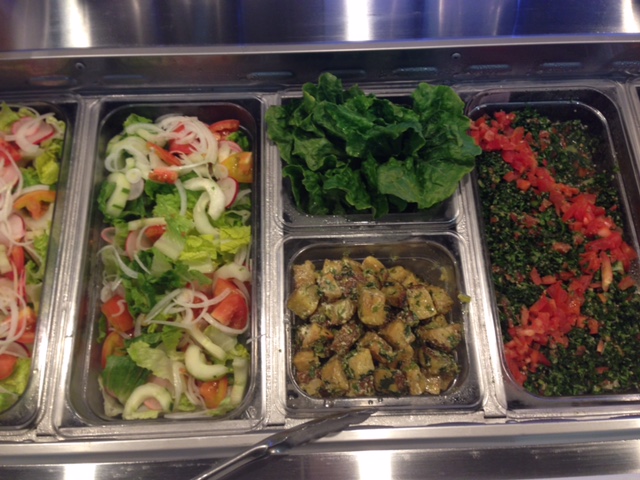 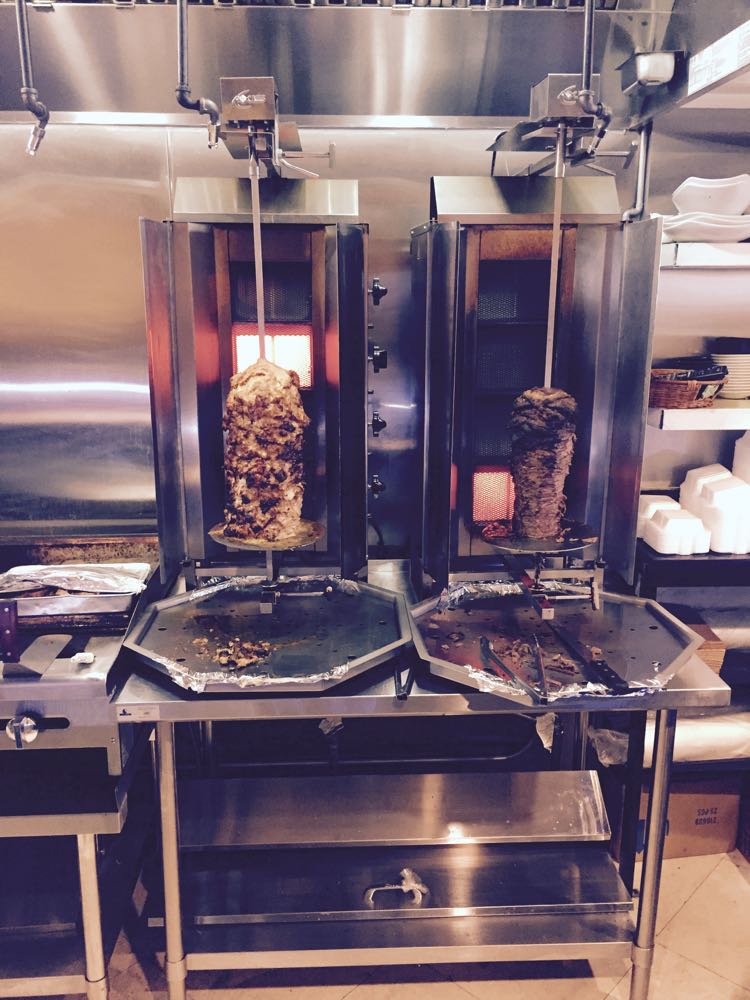 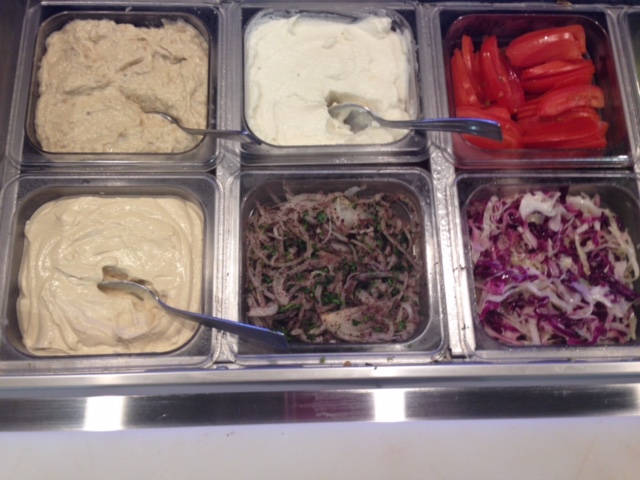 Since selling Le Pine Elzein has taken the last year to search out the restaurant’s current location and develop the menu. I’m invited to try a sandwich, one of the top sellers of the restaurant, the Kafta kabab.  The Kafta seasoning mixed with tahini sauce, hummus, and pickled turnips make for a delicious adventure that is not only flavorful but also filling.  “The last bite has to be as good as the first,” Elzein exclaims as I inhale the sandwich.  He then introduces me to the Labneh sandwich, a concoction of condensed yogurt, olive oil, tomato’s and cucumber.  I was curious to try it despite my aversion towards anything mixed with yogurt.  The sandwich delivered a sweeter than average crunch when biting into the tomato and cucumber ingredients leaving me shocked and hungry for more.  In the end I finished with none other than the best seller beef shawarma. Tender and scrumptious to taste, the shawarma was certainly the highlight of the experience due its rich marinade and combined ingredients of pickles and garlic sauce. 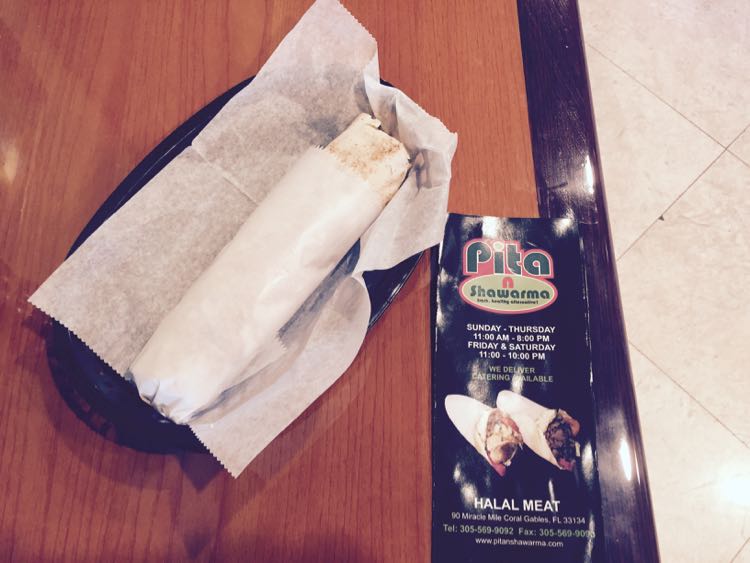 The food known as shawarma has always been a personal ‘must have’ for me and falls in the category of what I would consider comfort food.  Thanks in part to owner Hassib Elzein Coral Gables just got a lot more comfortable. 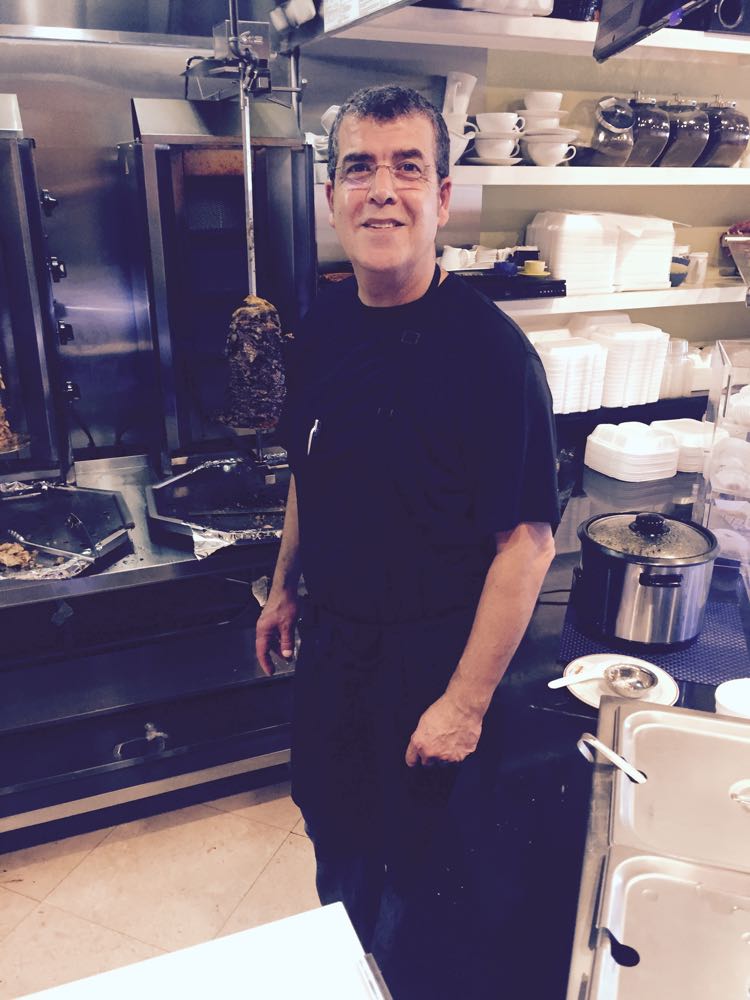 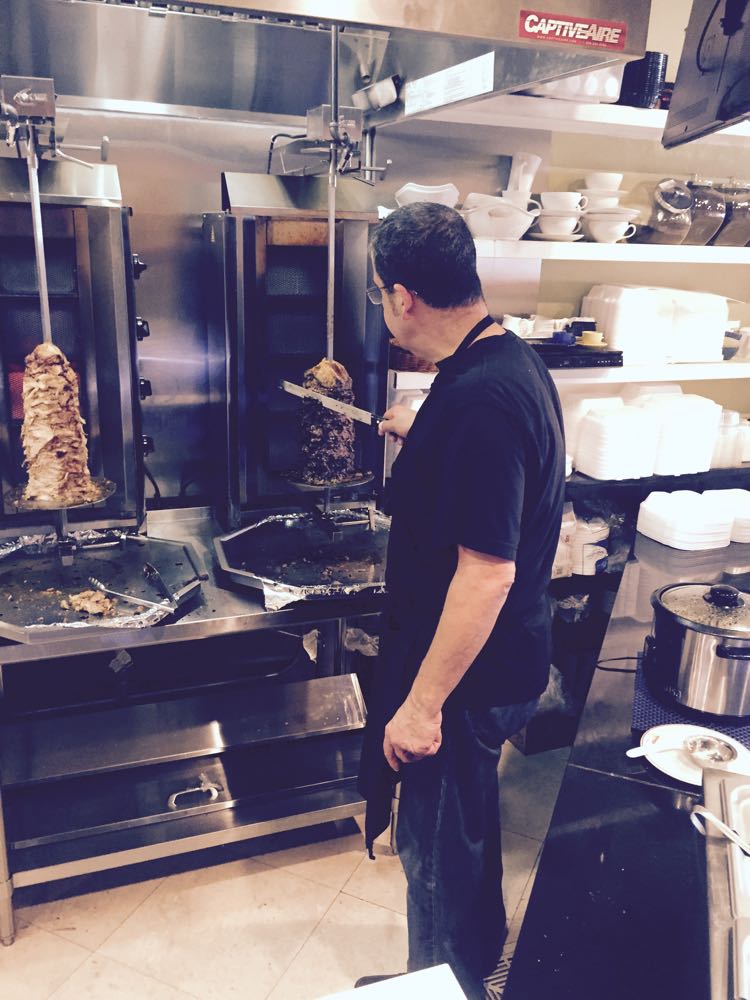 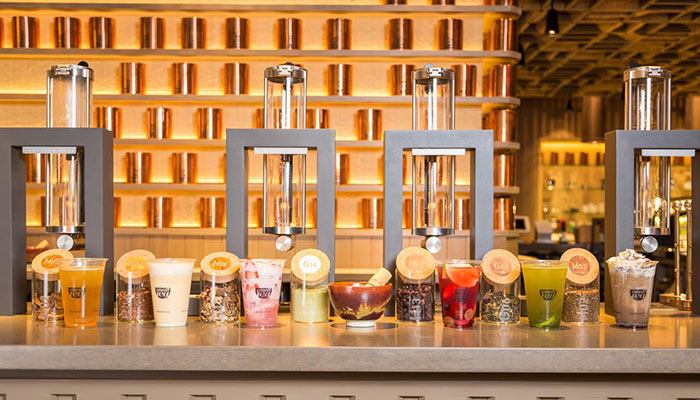 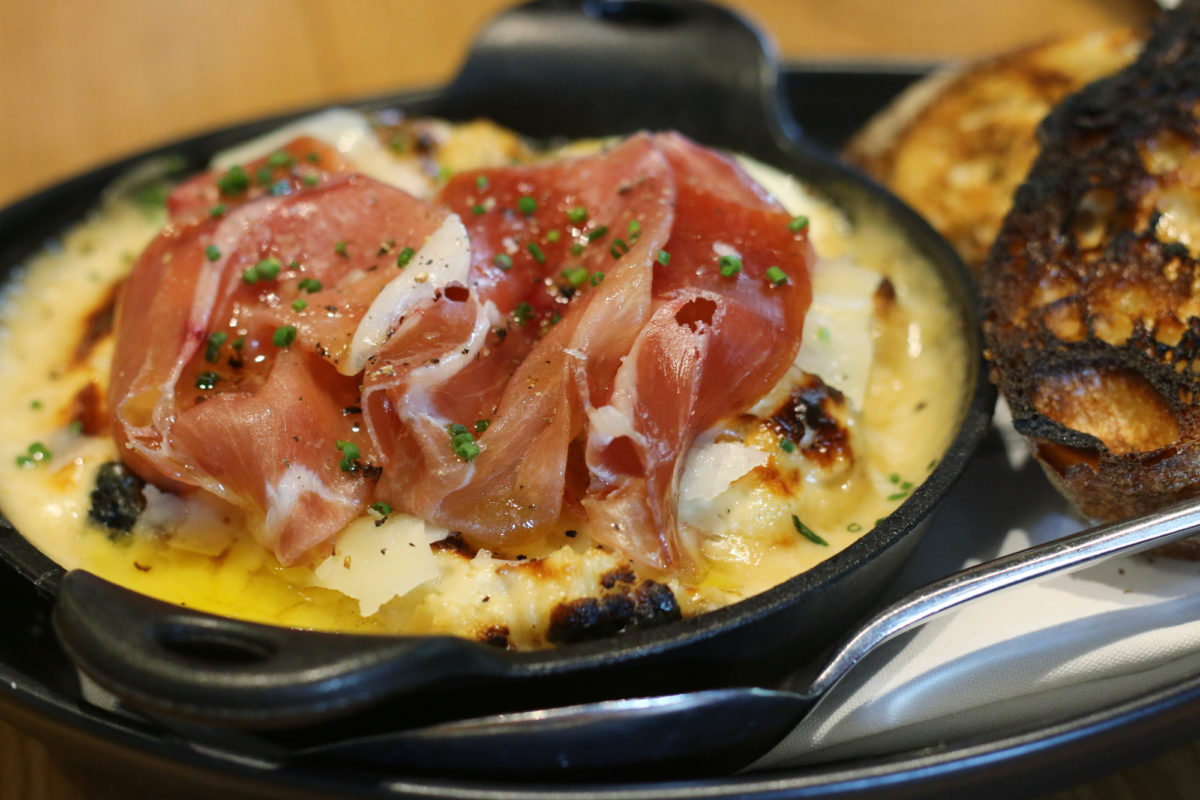 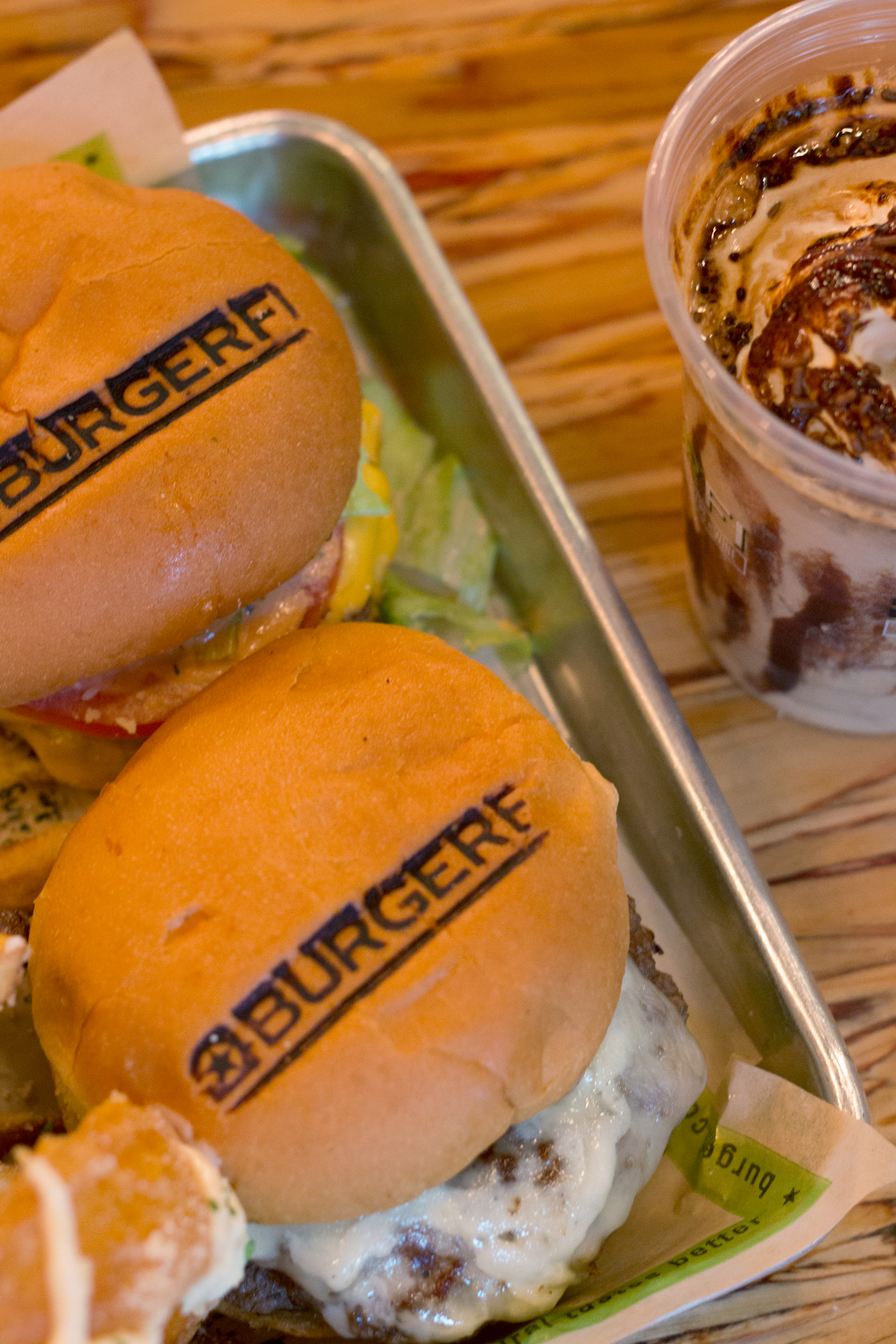 Burgers All Day at BurgerFi