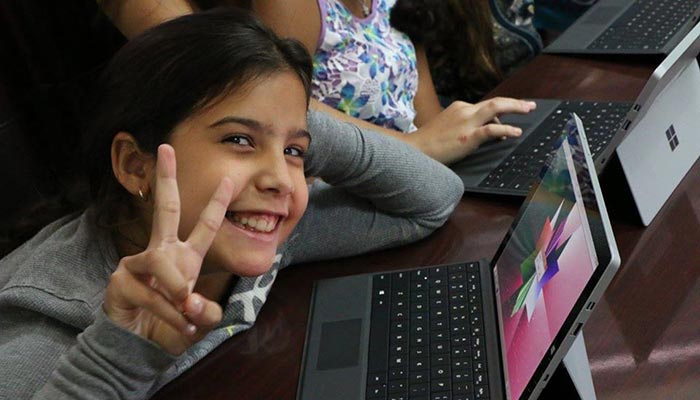 Today, I bring you the inspiring story of Maia Suazo-Maler, a high school computer programmer who used her coding and innovation to make a difference.

Maia Suazo-Maler’s passion for computer science started in eight grade. She took a programming class and fell in love with coding. Maia decided to learn as much as she could in the field during her high school years. This led her to sign up for several technology classes at her high school and John Hopkins University.

Maia used her new found skills to build useful tools for her classmates. Her first gift was a website called Study Tools that helped the students exchange class notes and study for exams. Students could even upload the teacher’s notes to the website. In tenth grade, Maia developed an online tutoring website for the Mathematics Honor Society after realizing her fellow classmates had busy schedules and needed more flexible options for their tutoring. 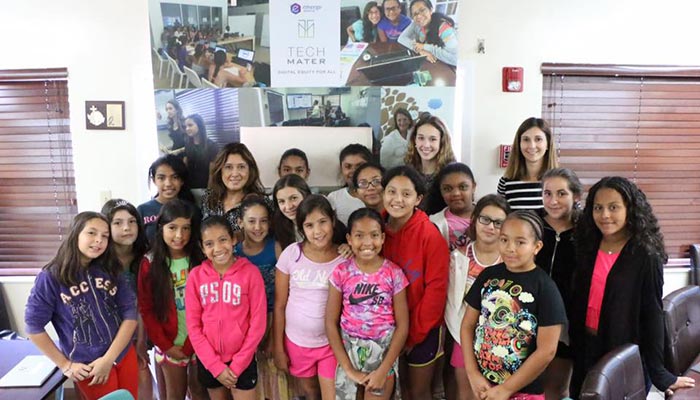 After winning the Red Cross Youth Spectrum award in 2014, Maia was approached by Josie Goytisolo to join the budding CODeLLA team and help develop a curriculum for underprivileged girls that would be called CODeLLA. CODeLLA would be geared towards girls living under the poverty level and currently attending schools without the capabilities to offer computer classes. The summer camp’s mission would be to close the gap between the children with and without exposure to technology classes at school. They believe children not exposed to computer classes will be at a disadvantage once they go out in the world.

That summer, CODeLLA formed a partnership with Centro Mater – a child care center offering child care services to immigrant families with socio-economic disadvantages. In 2014, CODeLLA held an eight week camp for the girls attending the Centro Mater summer camp. Every Friday, CODeLLA would teach the girls about technology offline at the beginning, but then procured a donation of 15 desktops to build a computer lab in one of the school’s classrooms. The girls built websites with construction paper and learned the major components of a website, design concepts and spatial reasoning; and then translated that project online once they had computers.

Excited about the project, Maia and the CODeLLA team began planning for a five week coding immersion camp the following summer. Josie, the Founder of CODeLLA, Maia, and other members of the team developed the CODeLLA curriculum for what would become the summer immersion program of 2015. Right before this summer, CODeLLA received a grant allowing them to purchase twenty laptops, involve professors and hire interns. Centro Mater remained the first institution offering the CODeLLA immersion summer camp to underprivileged girls. 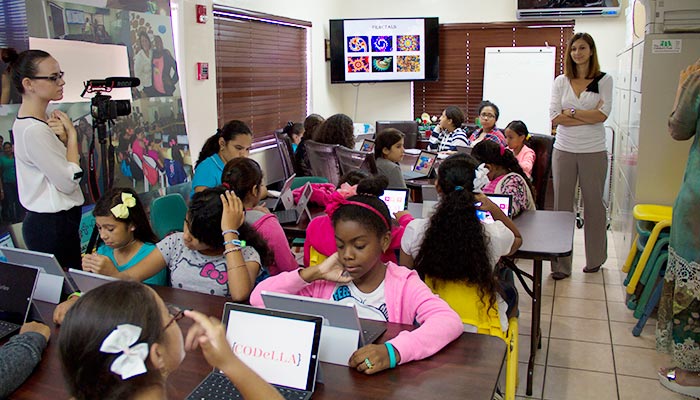 With computers and a group of girls, the CODeLLA coding immersion summer camp kicked off in the summer of 2015. During the five week course, 20 girls will get to program in various languages, work with robotics, design websites, develop their public speaking skills, learn about start ups and entrepreneurship, and much more. All of these topics and activities are presented by seasoned professionals in the industry, college professors, and mentors looking to expose the girls to the possibilities of a career in technology. 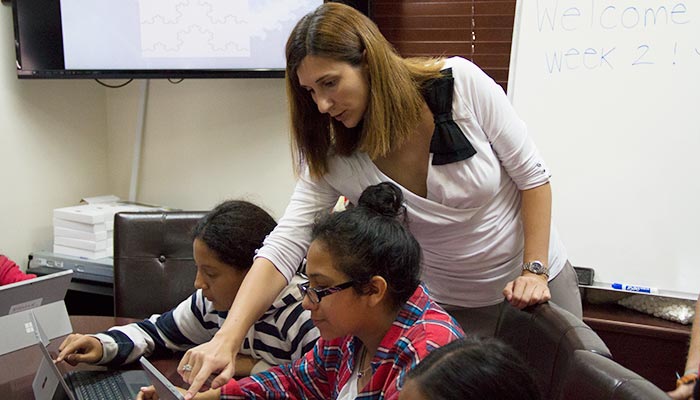 When I visited CODeLLA, the summer camp had just finished its first week and it was a busy one. Professor Jimenez from Barry University taught the girls about electricity, binary and ASCII code, and talked about entrepreneurship. Many of them went home to teach their parents the language of zeros and ones. The next day, Professor Jimenez showed the girls the inner workings of a computer and gave them the opportunity to fly drones. Felecia Hatcher, Founder of Code Fever, visited the camp on the third day to talk about social impact entrepreneurship. The girls finished the day by presenting their innovative solutions to solve a problem in their communities. 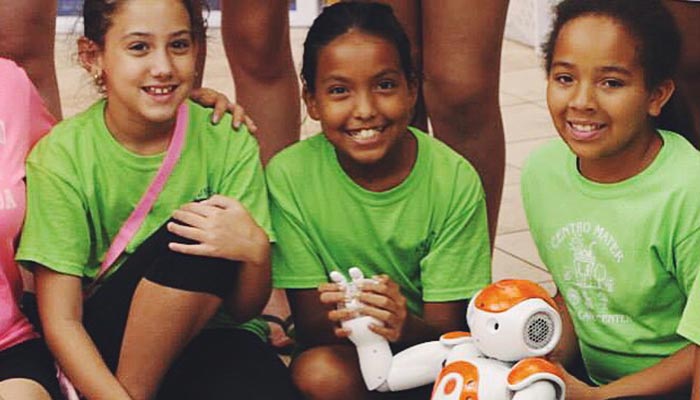 The next day involved field trips to the Miami Emergency Operations Center (EOC) and Carrollton Robotics. They learned about the latest technology used to track natural disasters and the technology behind a robot dance battle. The fifth day the girls learned how to design a website and code using Python. Professor Sanja Zivanovic from Barry University introduced the girls to programming. Professor Zivanovic’s goal is to, “show them the beauty in math through coding and patterns.” The week was brought to a close by Mary Ann Gomez, the executive director of the Congressional Hispanic Leadership Institute, who spoke to the girls about leadership.

The results of a week of CODeLLA look promising. Maia has seen students transform from shy and soft spoken to confident and innovative thinkers. The girls have identified nutrition and healthy eating as a major issue in their community so the final week of the camp will involve the girls using their new entrepreneurial skills to design a business around this subject.

Once the summer camp ends, CODeLLA will continue to have CODeLLA club every Friday throughout the school year. Maia and the entire CODeLLA team hope to continue to build out the CODeLLA program at Center Mater and branch out to new locations. She hopes to create new programs that will work with the girls as they grow and attend high school and college.

Maia is now headed to college at Harvard; but is confident she will remain involved with CODeLLA and will bring what she learns at Harvard back to the girls in the CODeLLA summer camp and other programs. Maia believes that, “Regardless of age, background, or gender you can do what you want to do with confidence and the right tools.” She hopes to provide the tools and inspire the confidence in each of the girls attending CODeLLA.

You can say one thing about this non-profit organization. They are living up to their motto by truly “Developing Next-Gen Latina Innovators.” 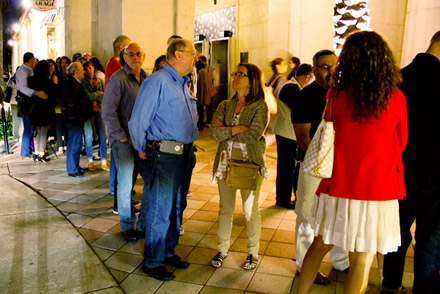 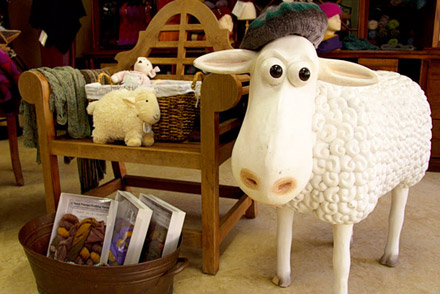 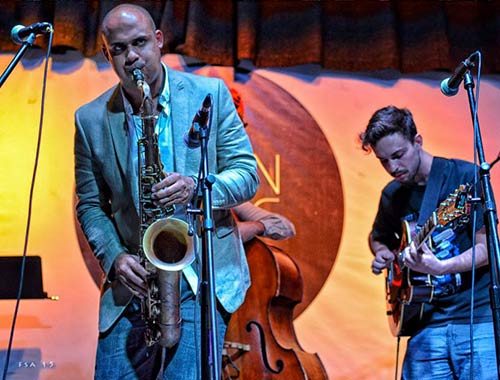