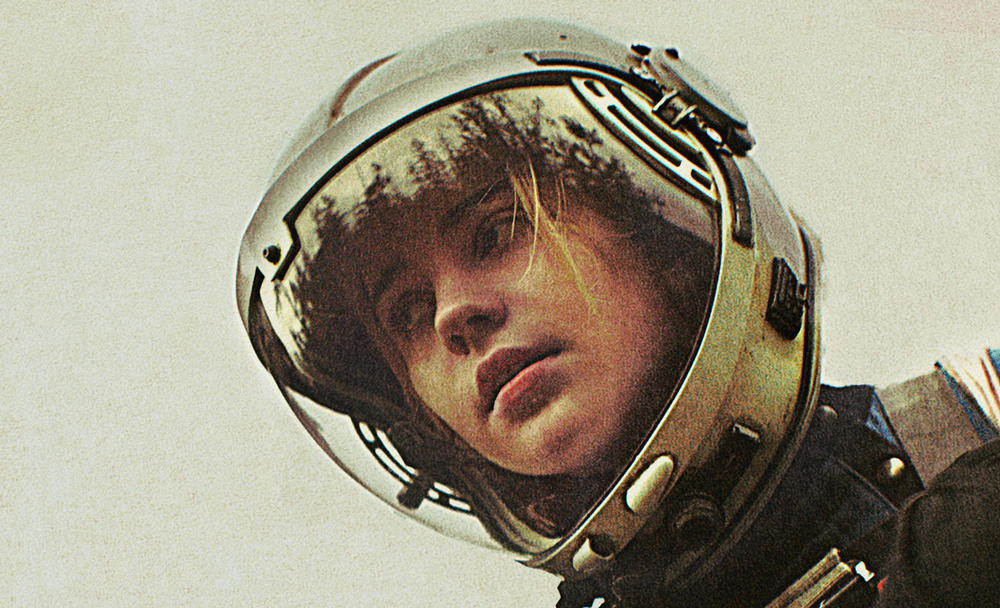 “When you cut into the present, the future leaks out.” – William S. Burroughs

I recently stumbled upon this Burroughs quote, standing in bold capital letters at the top of the “about” page of a website called watchDust.com. Prospect is Dust’s first feature-length release, which premiered earlier this year at South by Southwest, and will be distributed nationwide on November 9th. 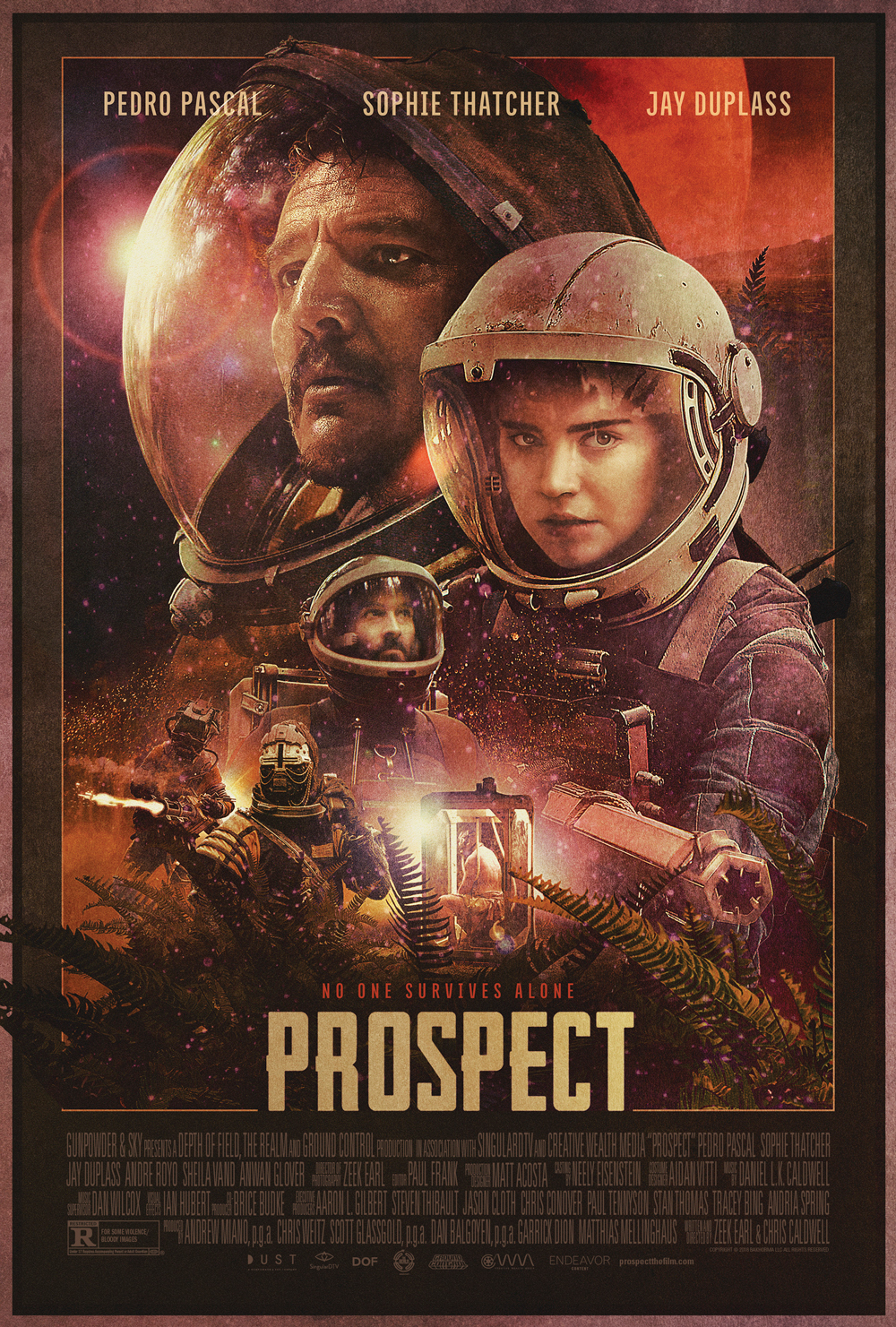 Prospect fits the aesthetic of that Burroughs quote in more ways than one: The film is serious, literate, prescient, unflinchingly grisly, and most importantly, Prospect’s futurism serves as an extension of struggles we face here in the present time. In what amounts to an inversion of recent sci-fi escapist tropes, Prospect does not afford the viewer a delightful escape into novelty, as does Avatar or Guardians of the Galaxy. There is very little incidental music and the film contains no element of humor whatsoever. Much of the music which is heard in the film is played by a character who uses music as a kind of weapon. Rather than thrilling the viewer with amusing diversions, Prospect forces the viewer’s head into a palpably claustrophobic space helmet and asks us to confront the possibility that – even in the deep forest of some alien moon somewhere in the remote future – our worst qualities may be inescapable parts of human nature: greed, debt, betrayal, profligacy, power, to name but a few.

Throughout the first third of the movie’s 100 minute runtime, writer/directors Zeek Earl and Chris Caldwell perform expertly the job of sci-fi world-building through seamless exposition. Earl and Caldwell reveal just enough information to orient the viewer into the pessimistic alien world they’ve created. Similarly, we learn early on that the film’s main character, a teenage girl named Cee (played by Sophie Thatcher), doesn’t know much about the place she is going. What little information Cee has about her own past – including what planet she’s from and what happened to her deceased mother – comes from the recollection of her drug-addled, heavily indebted father, Damon (Jay Duplass). Cee and Damon are said to be ‘floaters’ – nomadic workers floating from one planet (or in this case moon) to the next, in search of precarious employment and servicing a large debt to some far away corporate power. Sound familiar?

Damon and Cee begin the film aboard a cramped, dilapidated transportation pod which is about to be dropped onto a moon which the characters refer to as “the Green” due to it being mostly covered by a thick forest of green trees. While the Green very much resembles an earthly paradise of unspoiled forest, the moon’s atmosphere contains an invisible dust which requires the humans wear the equivalent of hazmat suits with sophisticated air filtration systems. Of course the suits and their filters are like the dilapidated transportation pod: used, and barely functional due to poor quality. We get the sense that Damon and Cee, while they demonstrate considerable knowledge and skill at performing their dangerous job, have gotten the raw end of the deal. Sound familiar?

Damon is a geologist of sorts, and he has been schooling Cee on the extraction of valuable gems found on the Green. Shortly after the father-daughter team lands, they learn that they are not the only human prospectors on the Green. In fact several dangerous marauding factions exist in the wild-west lawlessness of the Green. Among these marauding elements is Ezra (Pedro Pascal). I don’t want to tell you that much about Ezra for fear of spoiling events in the story. Suffice it to say that Ezra is a mercurial character; a killer whose verbose demeanor is the closest thing the film has to any element resembling humor. Here again, Prospect finds a way to advance its storytelling beyond where most movies tend to go. While the pathology of a character like Ezra might be the most interesting element of other space-cowboy tales, here Prospect decidedly denies Ezra the overrated mantle of anti-hero. Instead Prospect gives us something new and much more interesting to consider. The center of this story are the actions Cee (the story’s actual hero) is forced to take in her effort to navigate her own survival amid the many problems created by Ezra.

If any of these elements sound familiar, it isn’t because Prospect draws from other movies so much as it draws from real life – particularly the unglamorous, brutal banalities of life that most other movies tend to ignore. And so the film succeeds in taking us to a very far away place in order to show us something about ourselves that is both horrible and inescapably familiar. This is science fiction at it’s very best. Go see it. 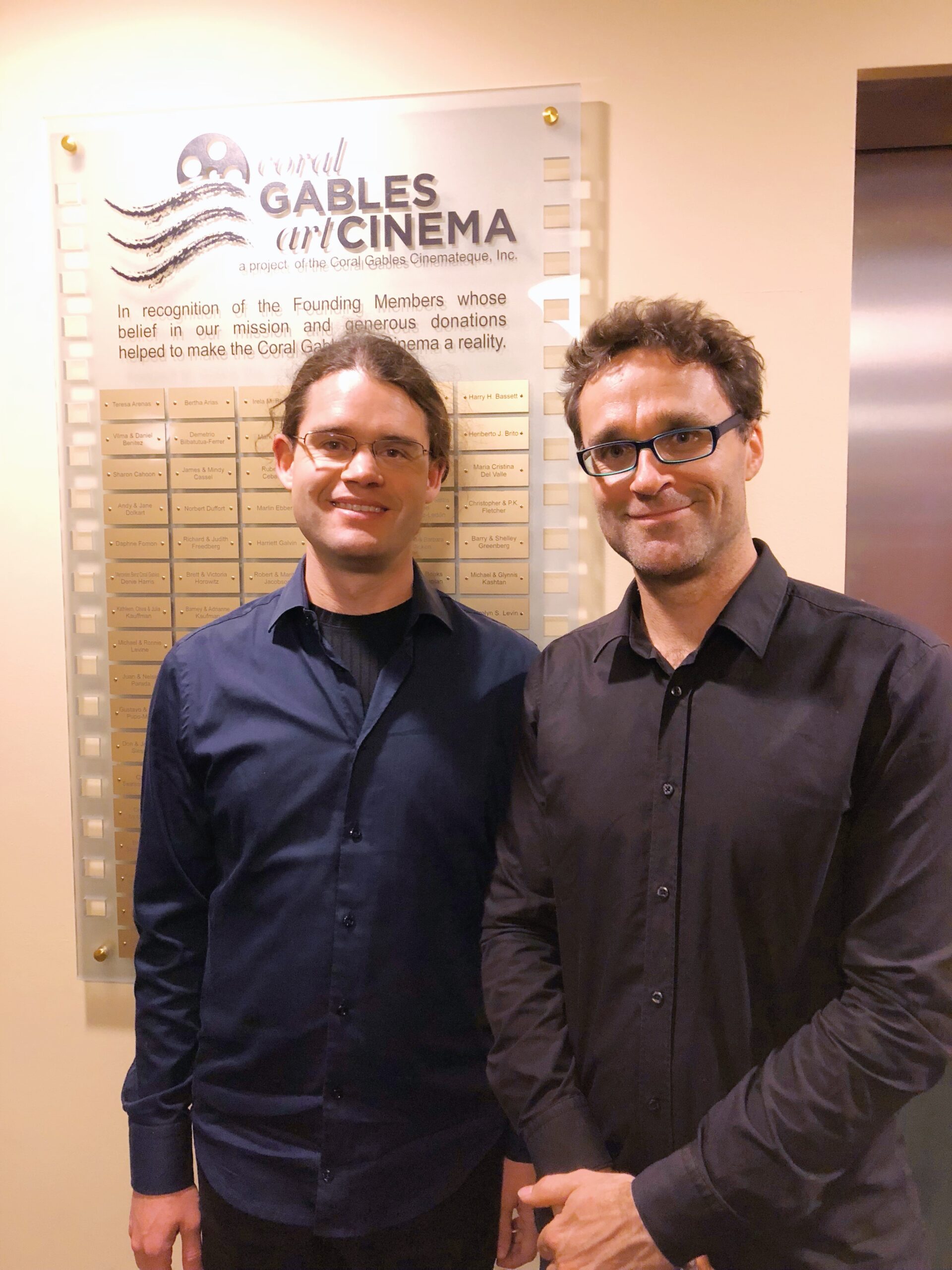 DMV Day: Why I’m Never Going to the DMV Again